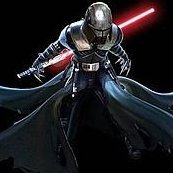 WOW! This looks FANTASTIC. I love the weathering and detailing that you are putting into this build. Its that little extra steps that is going to make your costume look so complete. There are so many

Good eye darthcashman, good catch.     After looking at the same thing for months, sometimes you become blind to something. I was more or less only looking at the front part of the claws, and how f

Great job dude!   I stoped my own for CRL's disappointment, is sad to see how approves CRL without checking the references. The boots is another point to recheck, I think wat seen in the CRL is not